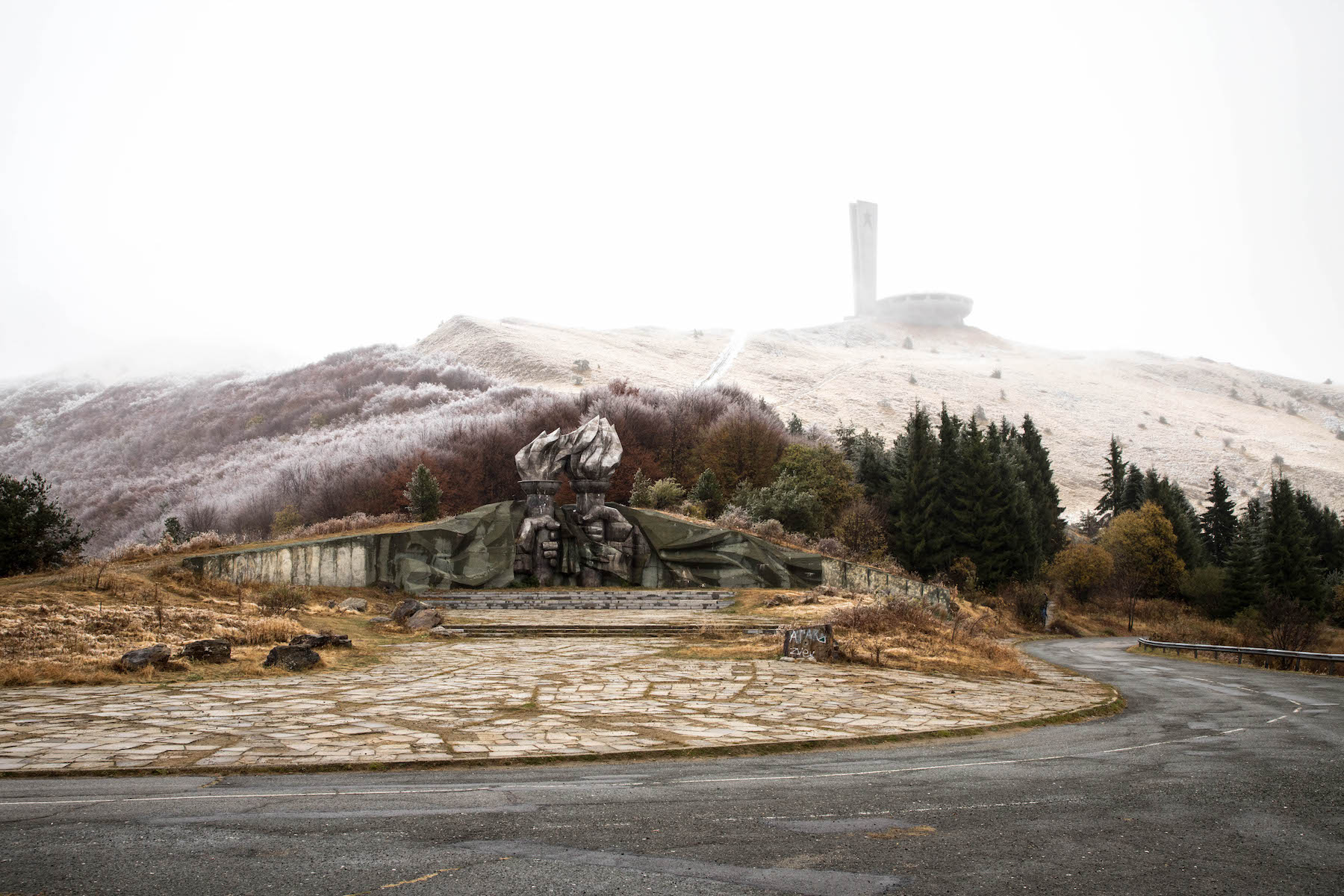 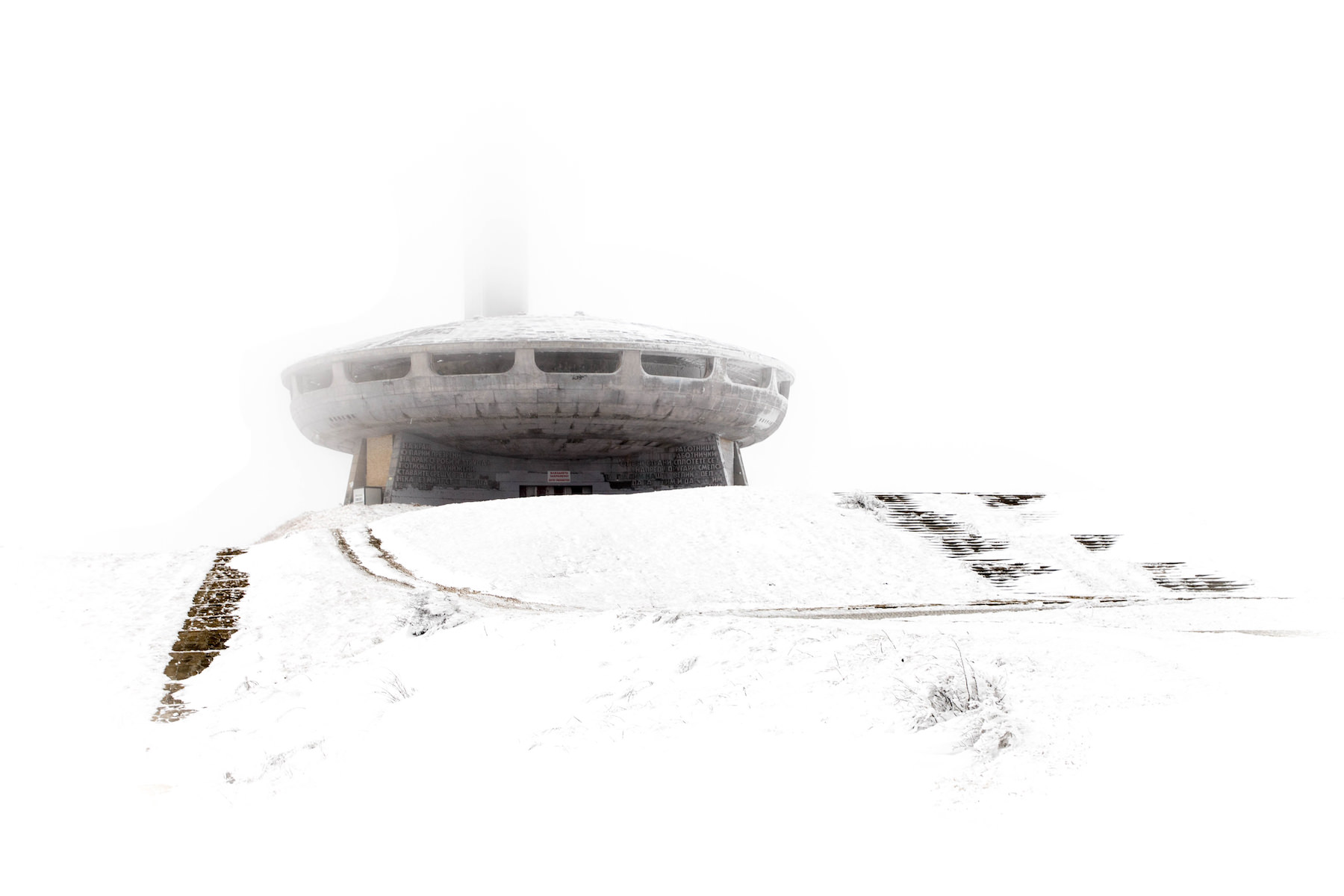 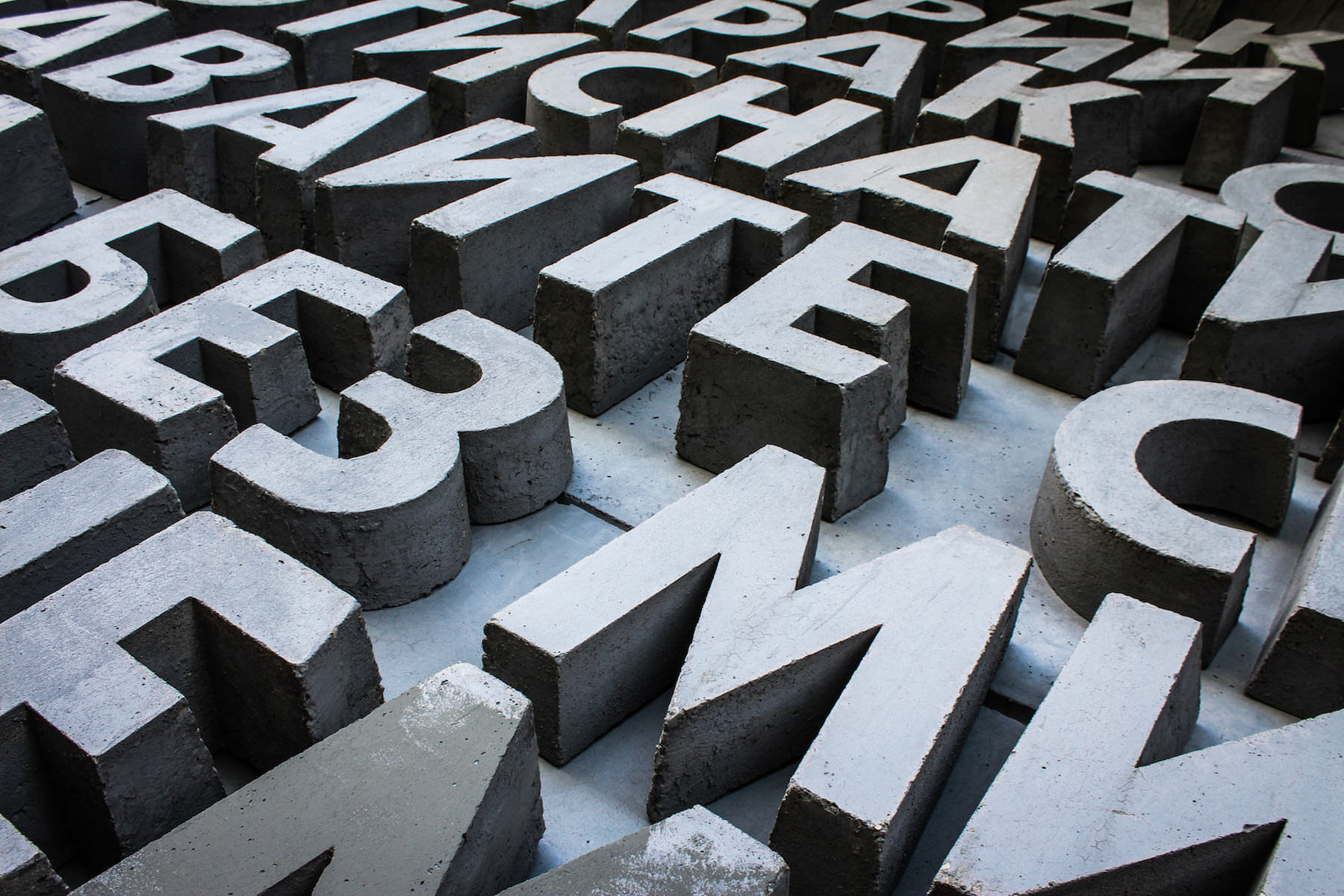 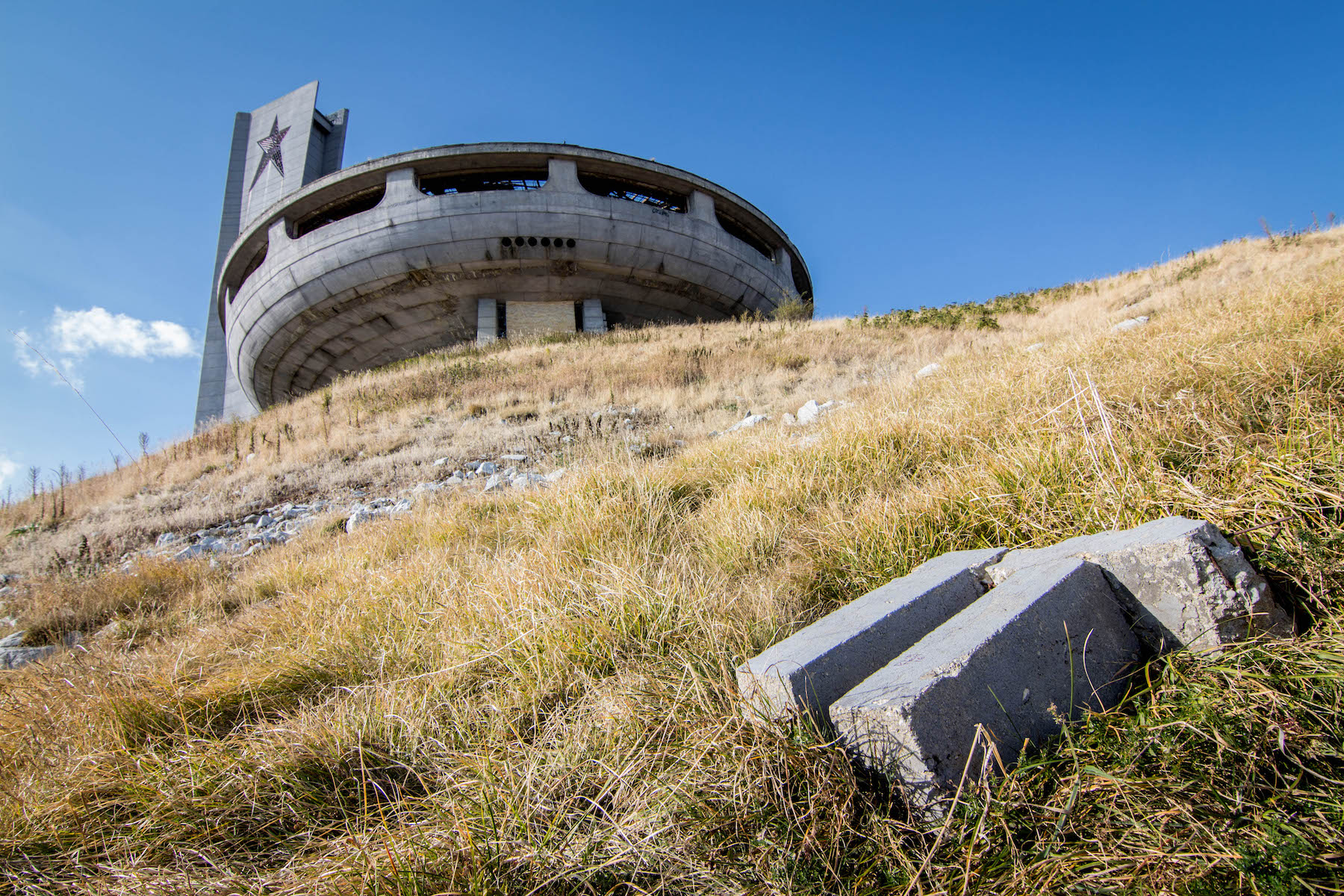 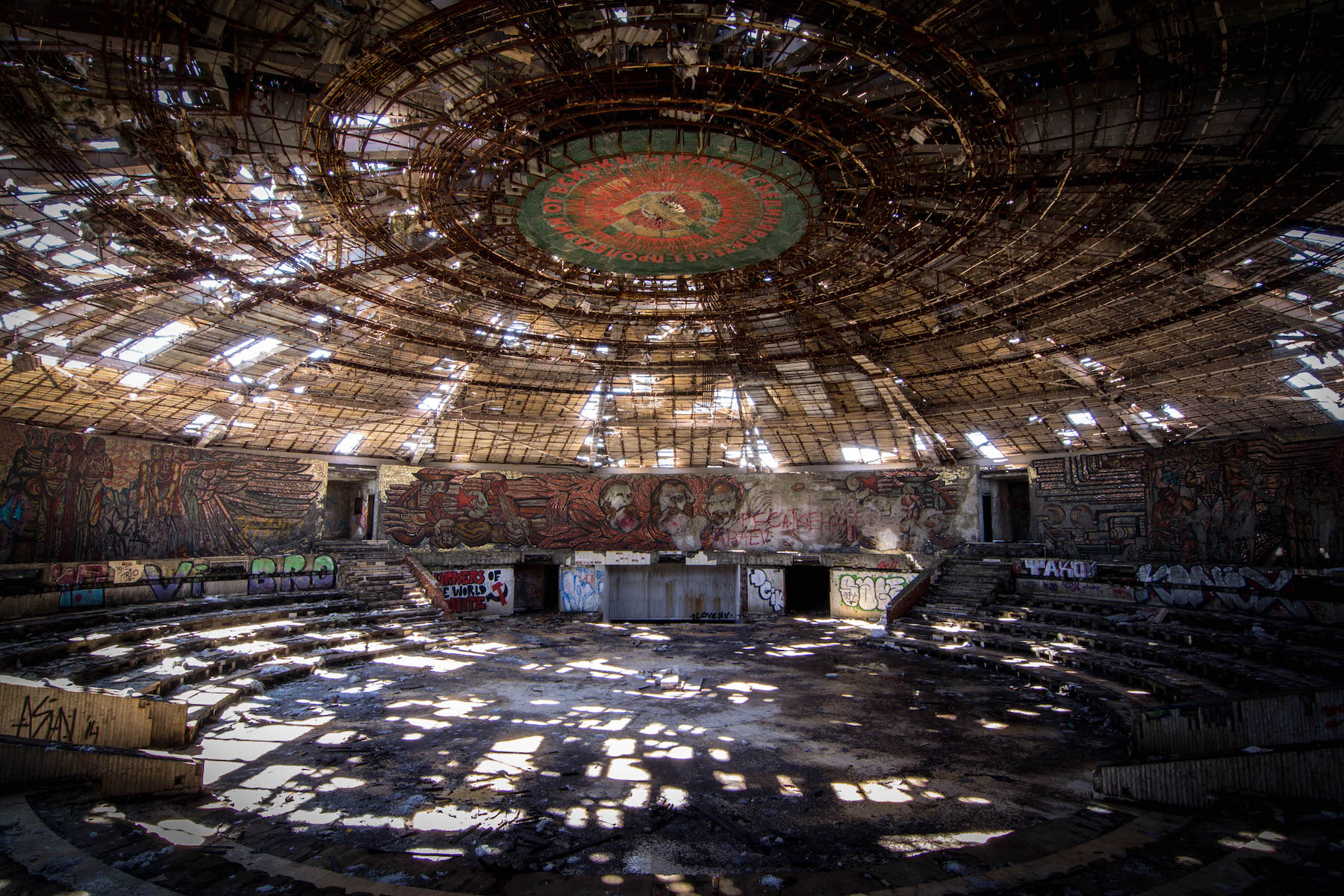 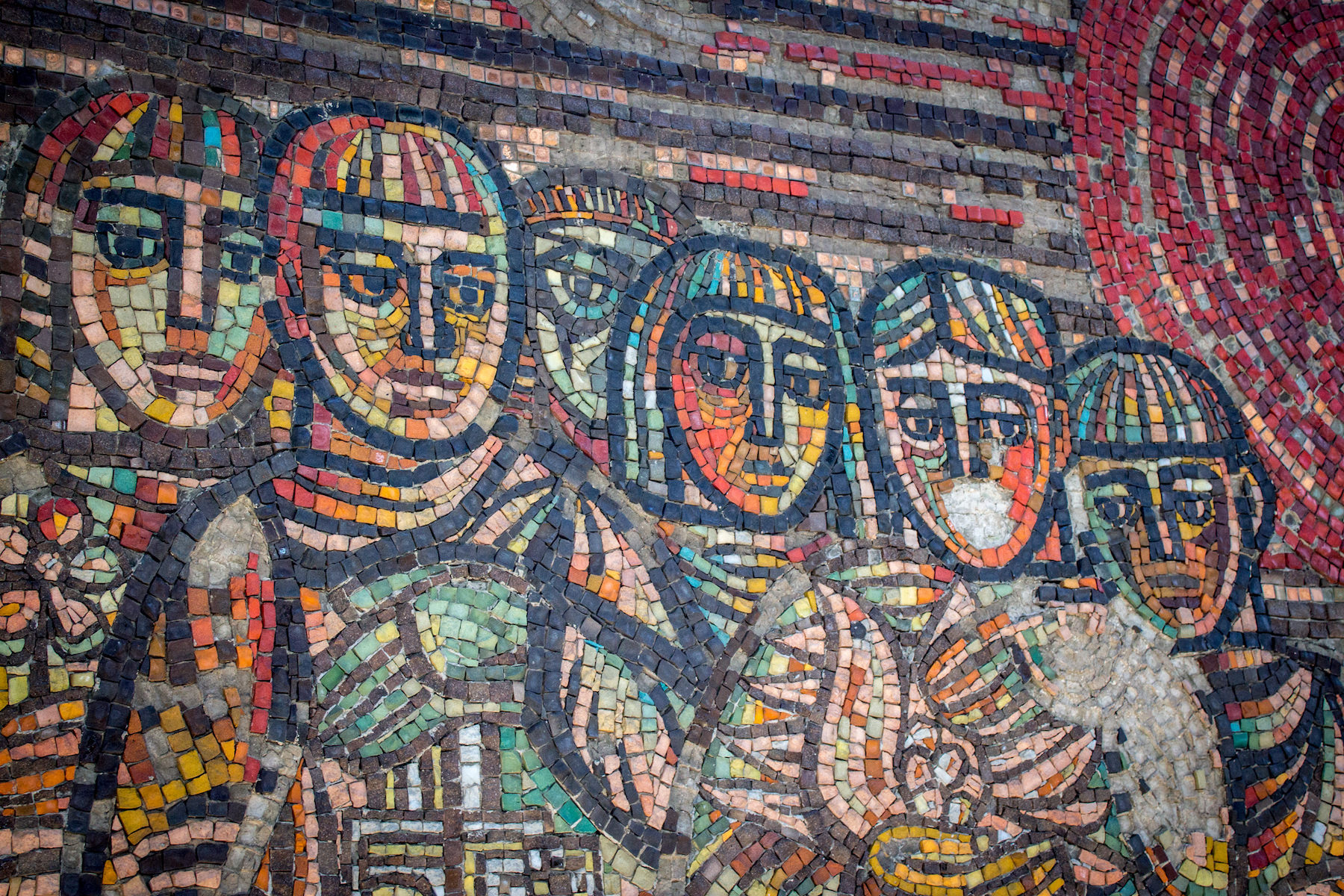 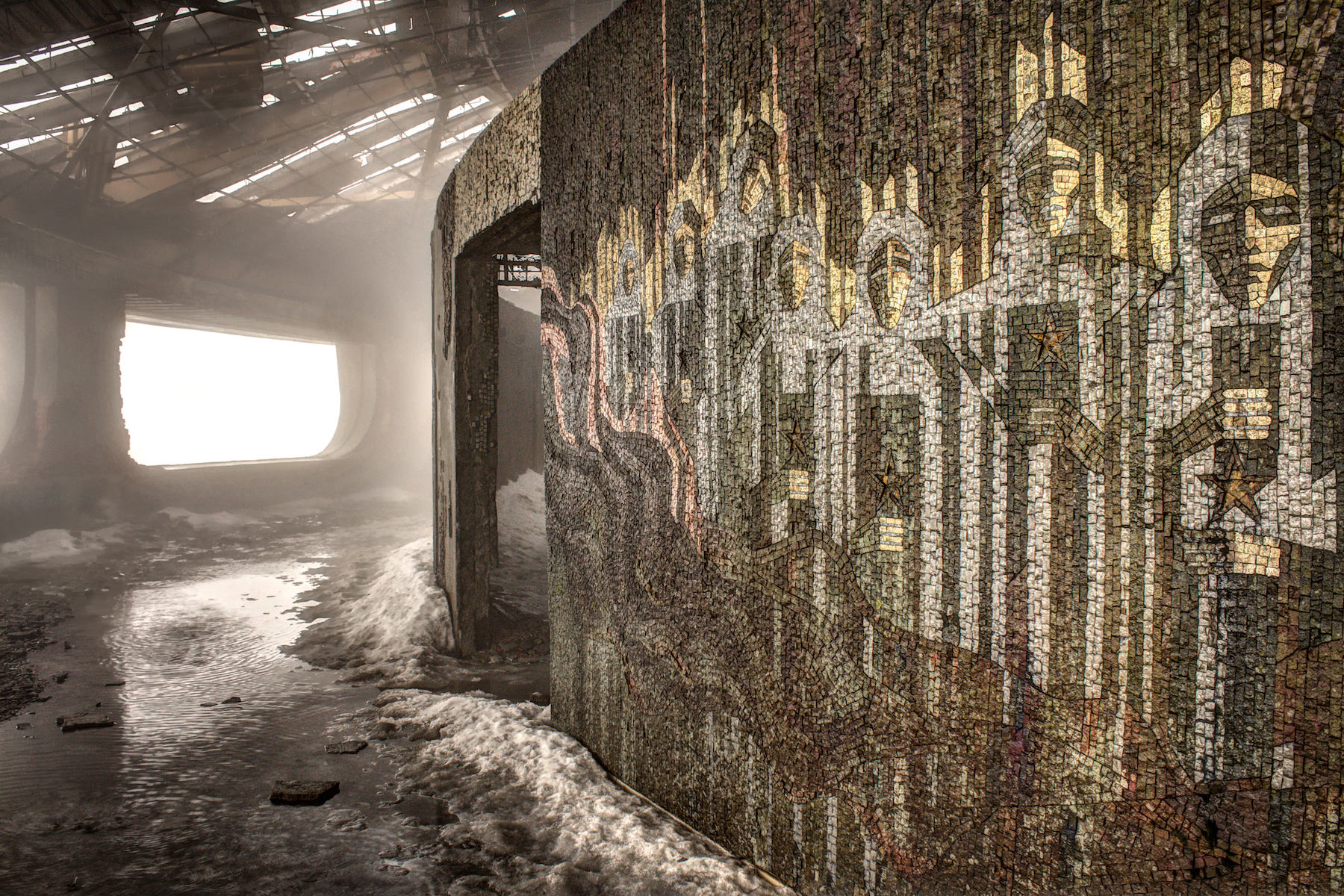 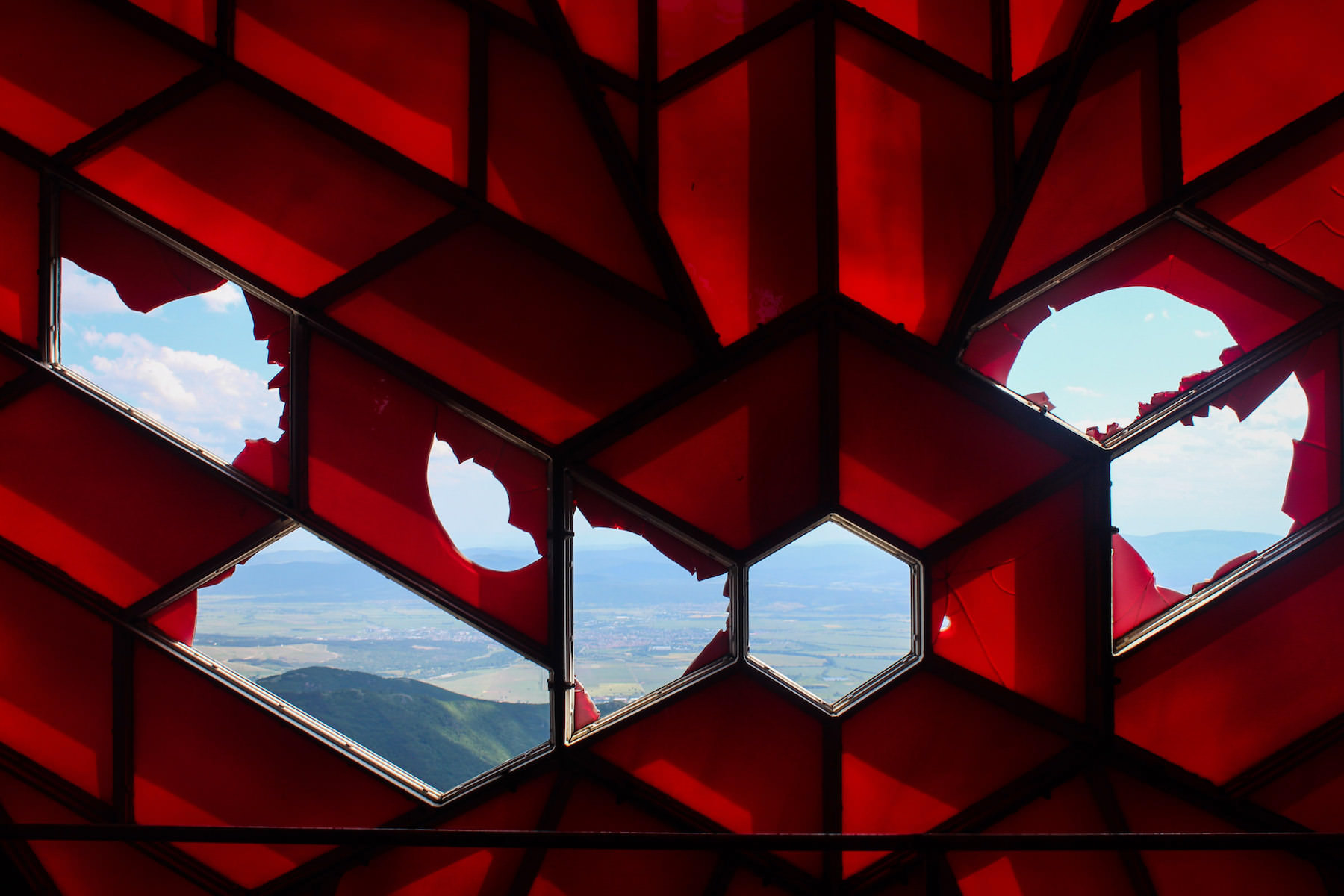 Georgi Stoilov's Brutalist masterpiece, the Buzludzha Memorial House in Bulgaria, was opened in 1981 and it served as a symbolic ceremonial venue: a physical celebration of Bulgarian communism placed atop a mountain peak in the very heart of the country. Such a symbol served no purpose, however, after the political changes that began in 1989. At first the monument was closed and guarded, but sometime in the 1990s those guards were dismissed and the full-scale looting of Buzludzha began. The building was stripped of valuable materials, and its intricate mosaics were left exposed to the fierce mountain climate.

My interest in Buzludzha began around a decade later – when I spotted the concrete saucer up on the horizon during a holiday to Bulgaria in 2006. I didn't get a chance to venture inside though until 2012, when I was living in Bulgaria. By then the monument was already in an advanced state of decay, but there was still very little graffiti and the mosaics were mostly intact. My first trip inside was in spring. The valleys were green, but this mountaintop was still thick with last winter's snow. Back then the monument's front doors were left wide open and inviting, while painted red lettering above the entrance read "FORGET YOUR PAST."

Over the following years I continued to visit Buzludzha, sometimes as often as once a month. In 2013 I started getting to know the architect, Georgi Stoilov, and from 2015 onwards I became closely involved with a local campaign to preserve the monument: I helped with international promotion, and co-authored a number of support bids and grant applications. As the result of a successful 2018 application to the Getty Foundation, the monument was awarded $185,000 towards the creation of a conservation plan, with the first on-site work beginning in autumn 2019.

A detailed history of the monument can be found at Buzludzha-Monument.com.

Greyscape, August 2020 – What Should Bulgaria Do With the Buzludzha Memorial House?

The Calvert Journal, November 2017 – Buzludzha: The Conflicted Past and Uncertain Future of Bulgaria’s ‘Communist UFO’