MONUMENTS OF THE PEOPLE'S REPUBLIC OF BULGARIA 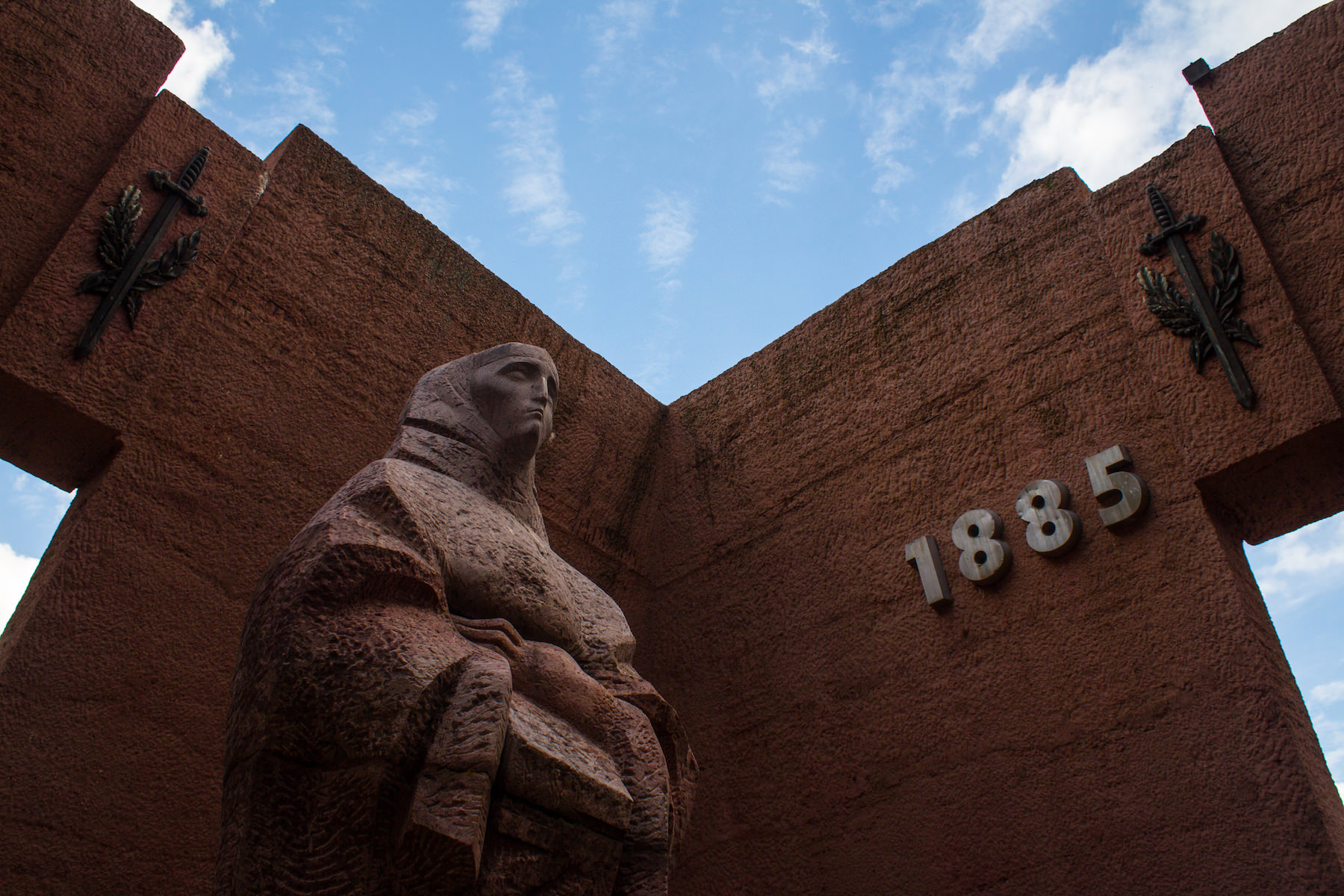 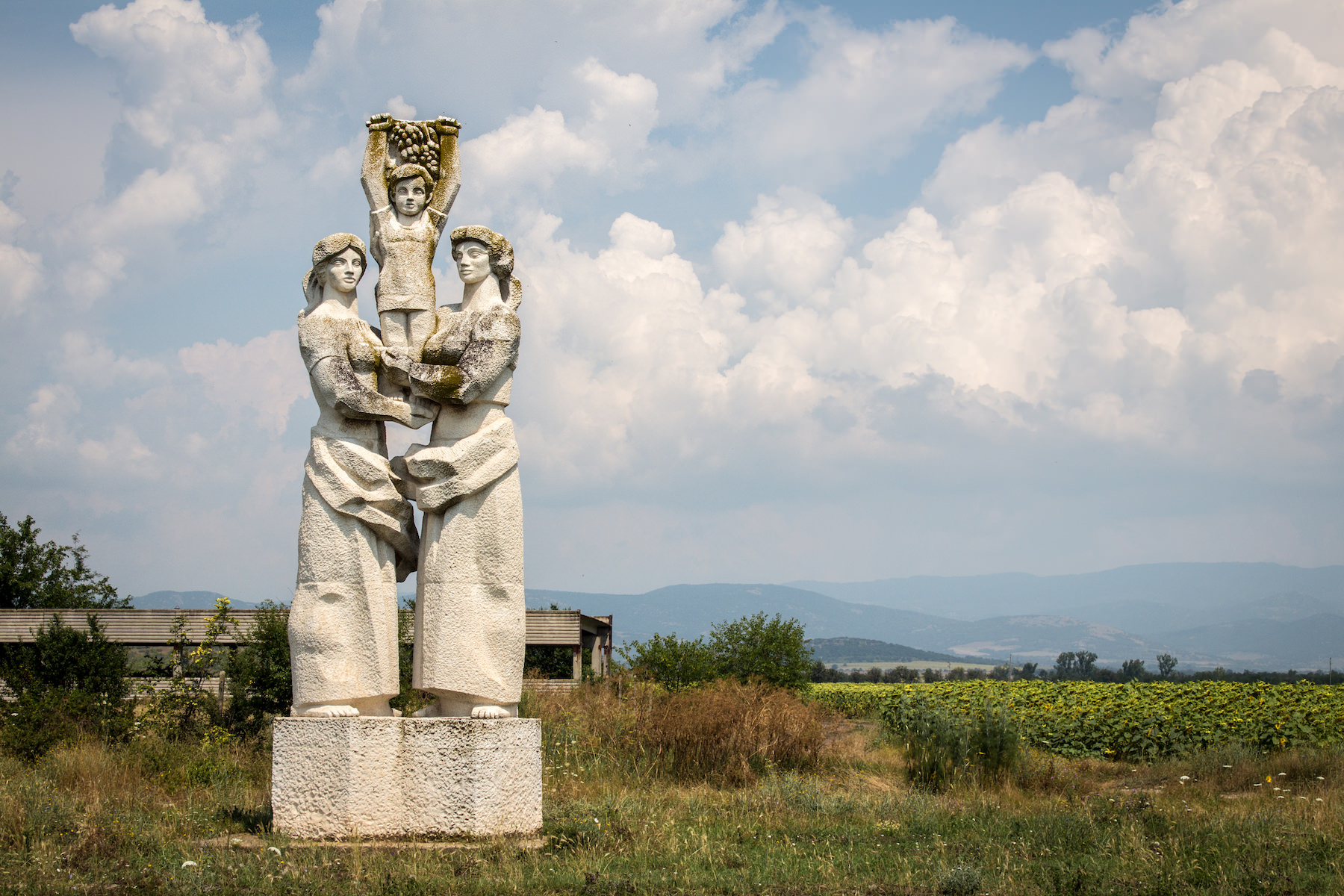 Originally I had booked three weeks in Bulgaria. That became three months, and then three months eventually became nine years. The monuments were the reason I stayed. You see them everywhere – white stone figures at the sides of roads, raising fists in the air or gathering wheat for harvest. During the years from 1946 until 1989, thousands such monuments were created under the artistic and cultural guidelines of the Bulgarian Communist Party. Most were roughly person-sized, no bigger... and when I first saw the Buzludzha Memorial House, rising to a height of 70 metres from a mountain peak, I assumed it must have been the one exception to the rule.

However, not long after that I saw the Monument to the Bulgarian-Soviet Friendship, in Varna. Styled to resemble an abstract dove, it overlooks the Black Sea from a ceremonial mound, its concrete body measuring 23 metres tall and 48 metres across the span of its 'wings.' I began to realise there were many more such monoliths around the country, monuments larger than almost anything I had seen before, and yet here typically left to fall into severe states of disrepair. The uncomfortable politics that lingered in these spaces, and the hesitance of many Bulgarians even to discuss them, only served to heighten my curiosity.

The summer of 2014 was when that curiosity boiled over into a project... itself, in turn, the seed of an obsession. I spent many months poring over old magazines and Google Earth renders, digging through archive photographs, and attempting to pinpoint as many communist-era monuments as I could. I built a database with roughly 600 entries, and then myself and a Bulgarian friend set off in the car to go and see them all. Sometimes my coordinates were wrong. Sometimes they were right, but the monuments themselves had since been destroyed. I still haven't found all those original 600 monuments I pinned, though in the years since I've seen plenty of others along the way.

For me, there has always been a sense that this project just isn't finished yet. While I might go to Azerbaijan once, for example, get home, and then upload an album called 'Monuments in Azerbaijan,' I'm too close to this one and my collection keeps growing. Any time I've tried to write a definitive report in the past, it quickly starts to feel outdated, as I'm perpetually immersed in the subject and learning new information all the time. For now, many of the Bulgarian monuments I've photographed appear on my Monumentalism website – and I regularly lead tours that visit some of the most significant examples. But for now, the bulk of this collection is still waiting until I can find the perfect way to present it.