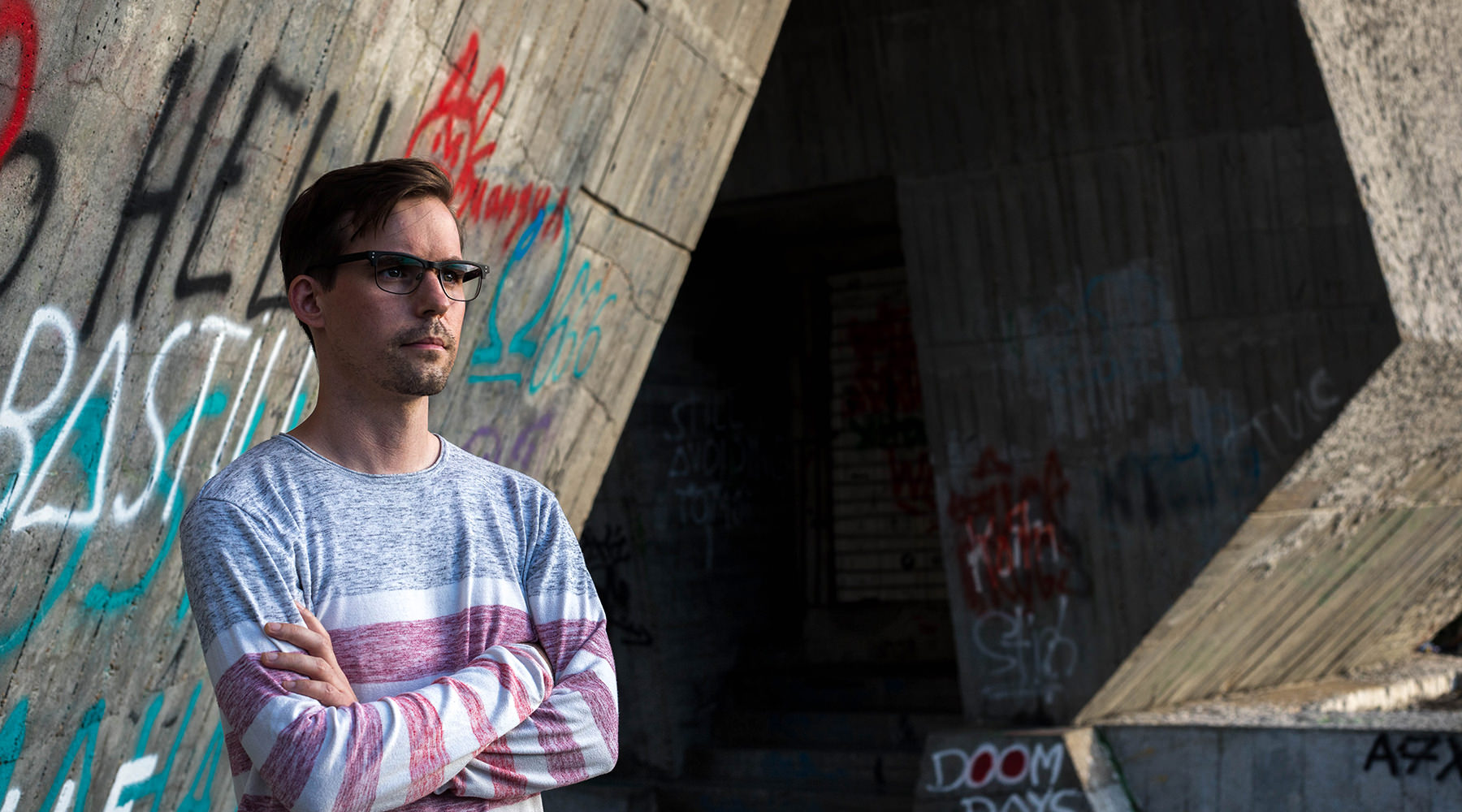 Darmon Richter is a British writer and researcher, whose work focusses on the intersection of architecture and culture.

Beginning in 2012, Darmon backpacked from North Korea to Haiti before eventually settling semi-permanently in Eastern Europe. He has since visited seventy-something countries, driven by a curiosity for the kinds of places that don’t get mentioned in travel guides. His research has frequently been covered in the media, including his reports on China’s ‘Ghost Cities’ and the unfinished Soviet nuclear power plant in Cuba. As a location scout, he has provided services for the BBC, Vice Media and Red Bull TV, as well as working as a location advisor, editor and photographer on the Collins publication Abandoned Places (Richard Happer, 2016).

In addition to running his own website Ex Utopia, Darmon’s writing has appeared on a wide range of platforms including Atlas Obscura, Foreign Affairs and CNN, and in 2016 he authored four chapters for the book Global Undergrounds (Dobraczyk, Galvis & Garrett, Reaktion Books). His photography has been featured in places such as Radio Free Europe, Buzzfeed and Scientific American, and in exhibitions in six countries – including an installation at the North Macedonian Pavilion for the 16th Venice Architecture Biennale.

Today Darmon designs and leads tours to communist-era monuments in seven countries and one post-Soviet frozen conflict zone. After making roughly twenty trips into the Exclusion Zone in Ukraine, his debut book – Chernobyl: A Stalkers' Guide (FUEL, 2020) – paints an intimate portrait of the Chernobyl region and its inhabitants, three decades on from the disaster; with Financial Times calling it one of the "Best books of 2020."