THE PRINCIPALITY OF ISLANDIA


In May 2014, I was sat on the garden patio at Hotel Nacional de Cuba, in Havana, sipping a cold daiquiri while the jazz band played behind us, and listening to Gareth Johnson – the director of Young Pioneer Tours – outline his plan to one day buy a private island and declare his own independent micronation in the sea.

A micronation is a small entity, usually attached to a specific plot of land, which declares itself to be an independent sovereign state. Often they are formed as venues for artistic expression, or as political or ideological experiments. Well-known examples include Freetown Christiania, the semi-autonomous zone within Copenhagen, Denmark; or the Republic of Užupis, a neighbourhood in Vilnius, Lithuania, which flies its own flag, uses an independent currency, and displays its unique constitution painted in large letters on a wall as you enter. Both of these examples are tolerated by their respective ‘host’ governments, not least since they have become popular tourist destinations and so actually bring money into these cities. Other times though, micronations are formed as anti-government protests. North Dumpling Island in New York State declared independence from the US in 1986, when its owner was denied permission to build a wind turbine. The Murrawarri Republic symbolically seceded from Australia in 2013, in respect of its history as the traditional homeland of a local aboriginal nation. Also in Australia, the Gay and Lesbian Kingdom of the Coral Sea Islands was declared in 2004 as a political protest, and then dissolved in 2017 once Australia legalised same-sex marriage.

Occasionally micronations are used to facilitate actions deemed as illegal by their host countries – for example the Dominion of Melchizedek, which was involved in large scale banking fraud in the 1990s. Or more famously, the Principality of Sealand: a self-declared entity on a former WWII sea fort in the North Sea off the coast of Suffolk, England, which was declared in 1967 initially for the purpose of broadcasting pirate radio. The most recent micronation to make the news was the Free Republic of Liberland, established by the Czech political activist Vít Jedlička, on a technically unclaimed island in the Danube River between the borders of Croatia and Serbia. 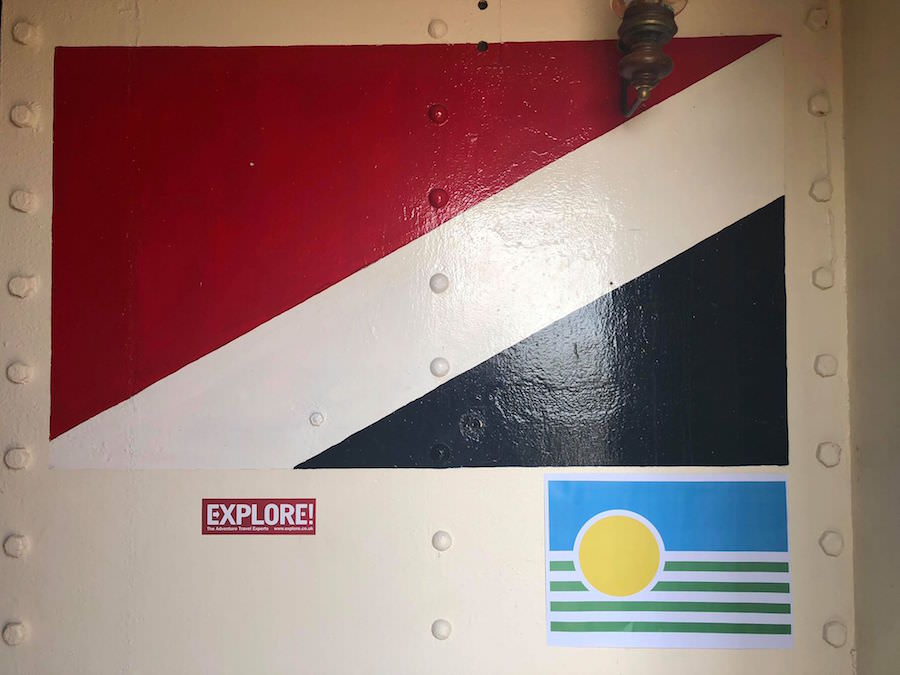 The flag of Islandia, on display at the sea fort home of the Principality of Sealand.

After that conversation in Havana, the next time I heard Gareth talking about his micronation idea was in 2018; and by that time he had already recruited a couple of dozen people who wanted to be a part of it. I decided to join them for the ride. Gareth Johnson co-founded a new company – Island Buying Group Inc. – in the Caiman Islands, with New Yorker Marshall Mayer, who had previously worked in global finance and founded a disaster relief agency in the Philippines. The plan was to find investors willing to contribute a share towards the purchase of a parcel of land, ideally an island, where we would then symbolically declare our independence.

Like Christiania and Užupis, this project was to be a peaceful and largely non-political exercise in hypothetical statehood (none of us was looking to actually fight a war for independence), and being founded by a collective of travellers and travel industry insiders it would naturally reflect many of our shared values: self-determination, eco-sustainability, and democratic equality amongst its citizens. It was also important that this should be somewhere that other travellers would want to visit. Whereas Liberland was established on a marshy little river island in the Danube, we dreamed of toasting our ‘independence’ on a tropical beach.

As the group grew, we began to discuss exactly what our micronation would look like. We settled on the name ‘Islandia,’ declaring ourselves a principality on 3 July 2018. Prince Marshall became our first head of state, and we held an election which was won by Prime Minister Jodie Hill. She in turn appointed a small government. Initially I served as Minister of Information, and when we held a competition to design a flag it was my design that was selected. At that stage though, our micronation was still a largely theoretical entity – its physical address was just a spare room in one member’s house. But as we attracted more investors, the idea of expanding our territory became increasingly realistic. 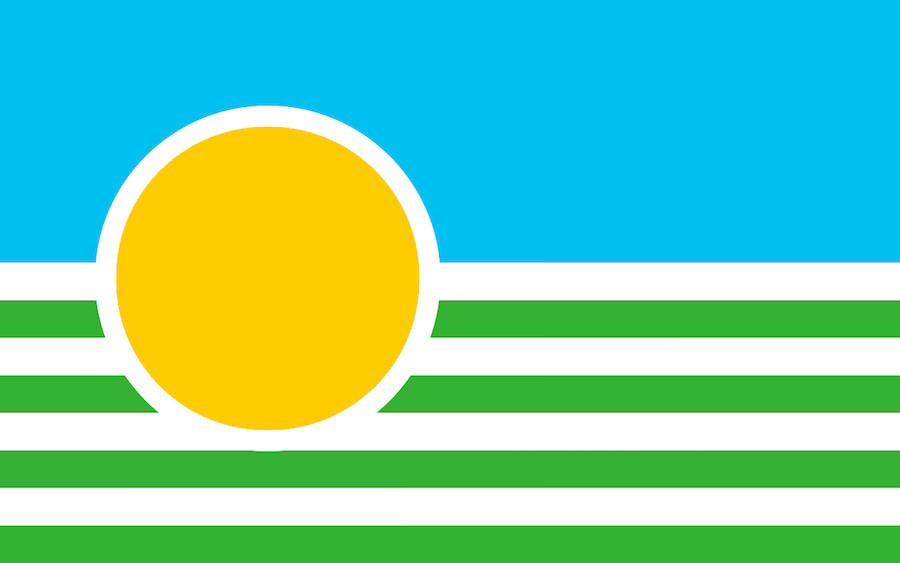 The official flag of the Principality of Islandia.

For the next year, our 50+ citizens would share and debate over private island listings in our online forum. We looked at options in Central America, in Malaysia and the Philippines; an empty island near Estonia, and one windswept plot just off the coast of Ireland. We had to consider not only the price, but also the desirability of spending time there and the potential for building... in addition to the political stability of the region (we didn’t want to make a deal with one government, only to have it reversed when the next came in). After much discussion we eventually settled on an uninhabited island called Coffee Caye, in Belize, which we purchased on 18 December 2019 as a home for our micronation.

Today the Principality of Islandia has more than 200 citizens, around 70 of those also contributing as shareholders in the island-buying project. The island came with planning permission, and with the funds we have left over after buying Coffee Caye, we plan to develop permanent structures for tide and erosion control, as well as a series of guest houses and facilities for eco-friendly, self-sustainable living. The intention is to eventually open the island for tourism and private events, and deliver shareholders a return on their investment. While the coronavirus situation in 2020 has slowed our ability to progress with these developments, we have already succeeded to meet our first goal: we now own the world’s first successfully crowdfunded private island. Our next target will be to reach 5,000 citizens.

The project is still welcoming new shareholders – co-owners in the island itself – or for a smaller contribution it's possible to buy citizenship and even noble titles. More information can be found on the website. 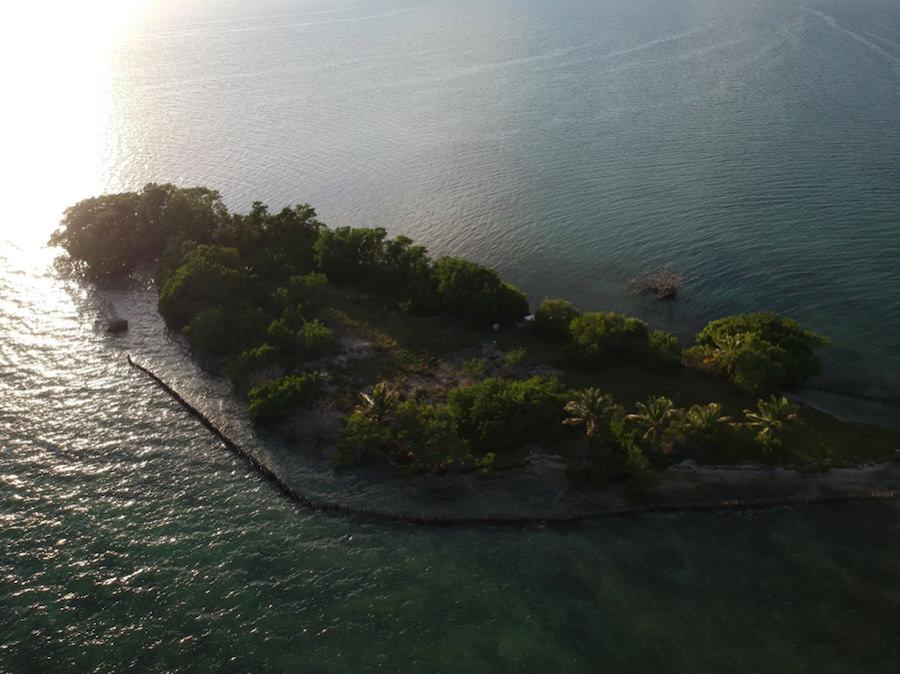 Our island: Coffee Caye in the Caribbean, 9 km from Belize City.

ISLANDIA IN THE PRESS

Reisijuht, July 2020 – How to Create Your Very Own Country? You Don't Have to be Rich, You Just Have to be Brave [in Estonian]

Lonely Planet, August 2019 – You Can Own Part of the World’s First Crowdfunded Private Island